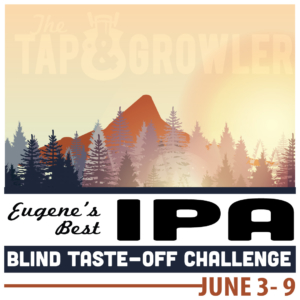 We invited Eugene breweries to enter an IPA of their choice to this competition. All IPAs must be between 6-8% alcohol, with no adjunct ingredients. Any style of IPA was welcomed to the Blind Taste-Off.

For the duration of Eugene Beer Week you can come down to Tap and Growler and vote for the best IPA in Eugene. Participants will receive a coupon redeemable on Monday, June 10th and the winner will be announced that day.